About Hogmanay In Scotland

Hogmanay and New Year in Scotland is immortalised, needs little introduction to most, and there is simply no better way to experience it than to indulge yourselves in one of the great selection of Scottish New Year breaks and hotel deals on the site.

Whether you decide to join in one of the great street parties, notably the Edinburgh and Glasgow Hogmanay celebrations, or want to escape to a traditional Scottish highlands Hogmanay retreat – there’s something for everyone.

Hogmanay is a more important festival in Scotland than Christmas. Perhaps because at one stage in its history, the celebration of Christmas was banned in Scotland, the Scots have always made New Year's Eve something special. The traditions associated with this pagan mid-winter festival are repeated not just in Edinburgh, the capital city, but in towns and villages throughout the country. Great events, festivals and celebrations take place every year in Pitlochry, Dundee, Aberdeen Stirling, Inverness and Perth – to name but just a few.

An integral part of the traditional Hogmanay partying, which still continues very much today, is to welcome friends and strangers alike, with warm hospitality - and of course a kiss - to wish everyone a ‘Guid New Year’. The underlying belief is to clear out the vestiges of the old year, have a clean break and welcome in a young, New Year on a happy note!

The origin of the word is somewhat ‘cloudy’!

"It is ordinary among some Plebians in the South of Scotland, to go about from door to door upon New Year`s Eve, crying Hagmane."
Scotch Presbyterian Eloquence, 1693.

Opinions differ as to whether it originated from the Gaelic oge maidne ("new morning"), Anglo-Saxon Haleg Monath ("Holy Month"), or Norman French word hoguinané, which was derived from the Old French anguillanneuf ("gift at New Year"). It's also been suggested that it came from the French au gui mener ("lead to the mistletoe") or a Flemish combo hoog ("high" or "great"), min ("love" or "affection") and dag ("day"). 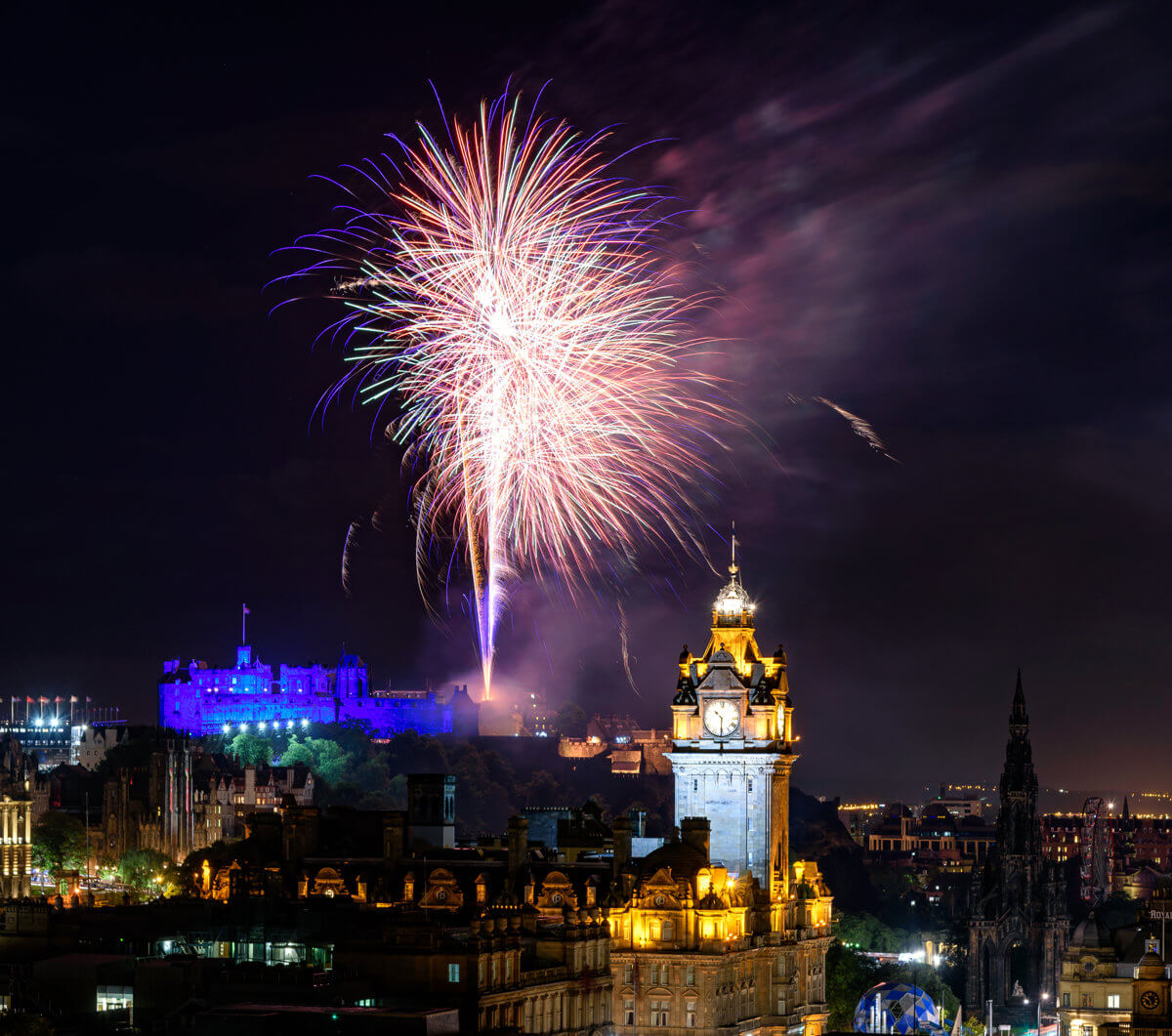